Boneo Park Equestrian Centre presents this year’s Spring CDI Dressage event, to be held the 20th -22nd September 2019, on the picturesque Mornington Peninsula. We are thrilled to be able to offer another CDI event in Australia which will see CDI competitions for all levels (Pony, Junior, Young Rider, Under 25 and Grand Prix) as well as Para Equestrian, Pony and Adult Amateur Rider Championship classes. The event layout will be centered around our main outdoor sand arena with an extensive trade village, VIP hospitality and entertainment. Over 300 horses from across Australia are expected at the event, competing in five separate arenas including Olympians, Paralympians and other elite competitors vying for the Tokyo Olympics at this qualifying event. Stay up to date with all our events, competitions and the latest news through our social media channels.  Share your outdoor experience and tag us #boneopark.

EA High Performance and Boneo Park have made the difficult decision to postpone the Para-Equestrian CPEDI3* competition for the second time due to COVID-19 complications. The event was scheduled to […] 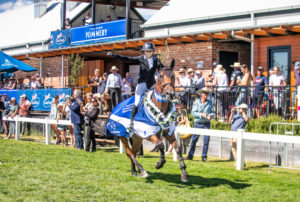 The postponed 2021 Pryde’s EasiFeed Australian Jumping Championships wrapped up on Sunday after five days of thrilling competition at the Boneo Park Equestrian Complex on the Mornington Peninsula. Whilst spectators […]

It has been a long wait, however, the Boneo Park Equestrian Centre will, once again, become the focus of Jumping in  Australia when the venue hosts the 2021 Pryde’s EasiFeed […]